This post is about Typography mistakes mostly web designers made regarding readability at the beginning of their careers.

To not offend newbies, we must agree that it is quite natural to make mistakes at the start of any project, business etc. In fact, as natural as it is for toddlers to fall on their very first steps. But the difference between falling and making mistakes is you can always stand back after falling and could pretend as if nothing happened. But mistakes stay there like a sore thumb or worse haunt you like nightmares (not at all exaggerating as mistakes do actually haunt people for their lifetimes). In short, it’s OK to make mistakes at the beginning but as you can’t use this excuse for too long you need to learn the right part soon. And not to forget that you are mostly remembered for not your goods but bads in this really strange world and you need improvement really quickly.

So, here is to all the Typography mistakes that ever let your repo down or could harm your reputation. 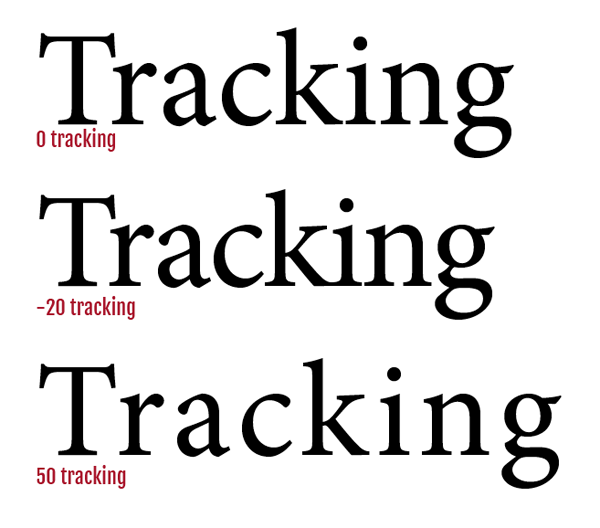 First of all, tracking is completely different from leading. These two have their own effects on typography. Many beginners usually mingle them and the results turn out to be jingle ones. So be careful that they are two significantly different things. 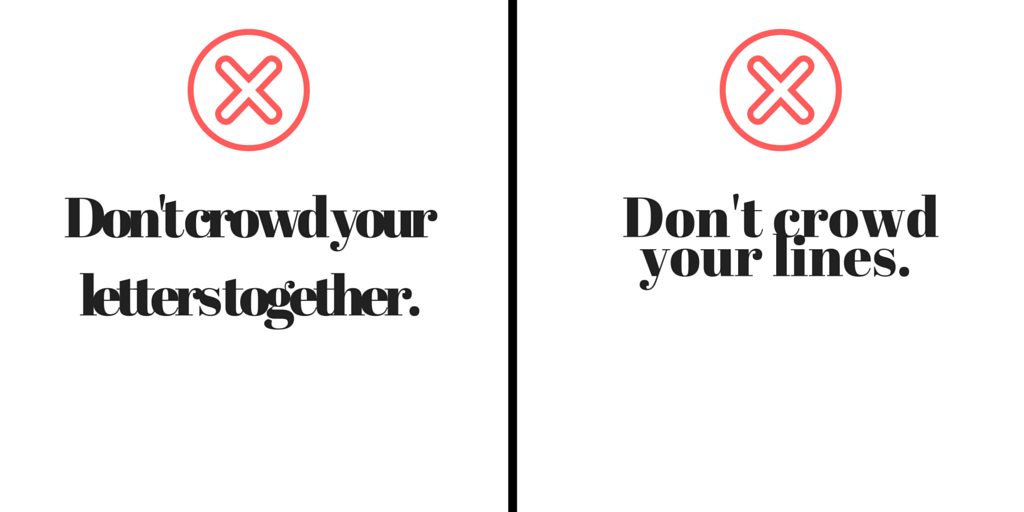 Tracking or letter spacing( either increase or decrease) is commonly countered when we are running short of space or when you have to fit a small text in the large text body. By making letter spacing tighter in order to get large text fit in the small body and vice versa is regarded as tracking. This may not look aesthetically unpleasant but it sure does affects readability. How? First, it makes your text look crowded which then demands some extra effort or for special attention from the readers while reading if they want to get the message. This surely is unpolite if not irritating.

Tracking, either loose or tight, equally affects readability. So we should always be aware of the limit of balanced tracking. 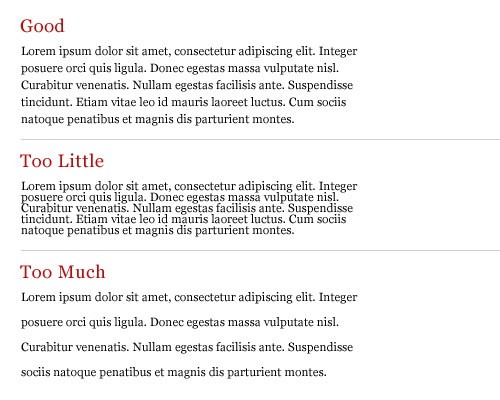 Leading i.e., the spacing between lines also adds up to decreased legibility. This is actually one of the most common typography error. Neither insufficient leading not too much leading would do you any good. An adequate gap in between the lines is what makes your work legible on the first look. Besides, consistency in form makes it easier to read and follow the pattern rather than having to deal with mismatched spacings.

Leading does not bound you with any hard and fast rule. It’s just that too little spacing makes your text look bunched up which obviously affects readability. And so does the too much positive leading.

One mistake that beginners make is that rather than having readability as their topmost priority in every step, they often ignore it totally. Remember, you’ll only regret doing this later because typography and readability pretty much work simultaneously. They are interlinked with each other. The better your readability is the cooler your typography will be. No one would just sit back and admire your designing.

Prioritizing readability has other legit reasons as well. Why do you think people visit your site. They do so to get your message through your text in between formalities like flashing color contrasts, different typefaces, and fonts etc. And if your message doesn’t get across them than your clients are going to lose their potential visitors. They will only get the hang of your text if it is readable. So be aware of the importance of readability in typography if you want to get any solid recognition in this field.

Lets quickly go through some the major factors that affect readability in typography:

To put it real simple, typography is a platter of various textual elements. And as you know the rules of the platter that everything needs to be arranged perfectly to get distinguished separately. Same is the case with typography where even the minutest of things need special consideration. If you want to make a difference with your work you need to give order and importance to your details in order to increase its readability.

Let’s take newspaper as an example. As we look at the front page we are supposed to see the headline first that’s why is usually in the largest font or may be bold or in capital letters. Then there is sub-heading which will be in the comparatively smaller font but it too can be bold or in italics or maybe in a different font. Then you’ll have the details of that news or the body copy which is usually set to a significantly smaller size. This defines hierarchy i.e., the order of placement which helps users to get the message in a glance.

The problem with most newbies is that they do give importance to textual elements but neglect the importance of order i.e., they neglect hierarchy. The issue with neglecting hierarchy is that it most badly effects readability. Which is quite logical as no one would want to waste their sweet time in extracting the message from a messy layout. So, to gain viewers interest and attention and to not confuse them about what to read first and where to start first you need to have order i.e., hierarchy.

Final check before it ends:

When you are a newbie you make mistakes that may be at times unintentional or you may not know about it while working in a flow. These mistakes can be of grammar, typefaces, spelling errors, and other various typographical mistakes. So a final check should also be on your to-do list and not in any case you should ignore this to avoid sending signs of unprofessionalism through your work.

For more such articles visit the official website of Webful Creations.